Going on a Tropical Vacation? Why You Should Bring Home T-Shirts, Not Jewelry. Part II

Home/Blog/Going on a Tropical Vacation? Why You Should Bring Home T-Shirts, Not Jewelry. Part II 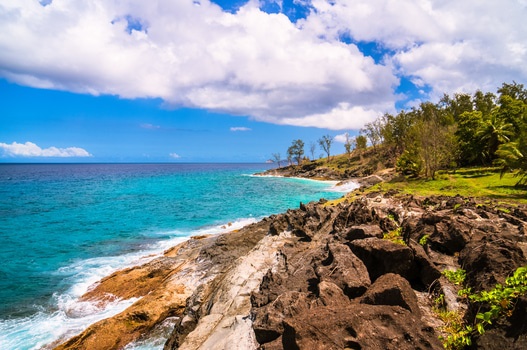 February is a great time to escape the winter blues and head for sandy beaches and abundant sunshine. Shed those heavy winter coats and boots, put your toes in the warm sand and watch the waves roll in. Relaxing with family and friends and making memories is what it’s all about. A little shopping for some souvenirs to bring home reminds us of the good times had.

A couple set an appointment with me last week. They had recently gone on a cruise and purchased a diamond engagement ring. During our initial discussion about their circumstances, this is how they told me it all played out. Generally, the first day on a cruise is an “at sea” day. It’s a great time to relax and discover the amenities and shops on the ship. The couple, Bob and Susan, decided to sit in on a presentation about diamonds. They were told that they could save hundreds, if not thousands of dollars, on diamonds at a particular retailer that the cruise line endorsed. Bob and Susan have been together for some time and had talked about marriage, but they hadn’t intended on buying a diamond engagement ring on this vacation. However, if they could save hundreds or thousands of dollars, they supposed that spending a few minutes at the next port looking at diamonds at the endorsed retailer certainly wouldn’t hurt.

They made it their first stop. They were offered margaritas and tequila as they shopped. They were in love, on a tropical island, and having fun. They couldn’t have felt any happier. Susan found a ring she loved and Bob stepped aside to choose the diamond with the sales associate. The sales associate told Bob he could have the diamond mounted and ready to pick up by the time Bob and Susan needed to reboard the ship. Bob and Susan were thrilled.

Bob and Susan decided to tour the island for the day and were a bit rushed to get back on the ship. They stopped in the jewelry store and were presented their new ring. They quickly settled the bill, took their receipt and appraisal, and hurried to the ship. Concerned for the ring’s security, Susan decided not to wear her new ring and they stored it in the ship’s safe deposit box.

When they returned home, they took the ring to their local jeweler. They were informed that the center diamond was a very low clarity posing a durability threat and suggested they return the diamond and choose one of a higher clarity. After having spent over $5000, they were concerned. This purchase was one of the largest they had ever made.

The following week was a frustrating series of emails and phone calls to the jewelry retailer back in paradise, some unanswered. As was disclosed on the back of the receipt, the customer service representative informed Bob and Susan that they don’t accept returns unless the diamonds were misrepresented by TWO grades. But they were certainly welcome to return the ring for an exchange or store credit.

If you’re on a cruise ship or in a foreign country, remember you shop under their regulations, not U.S. regulations. The last thing anyone wants to do is spend hundreds or even thousands on a diamond that turns out not to be as rare and valuable as was presented. And the return process may be very difficult or even impossible.